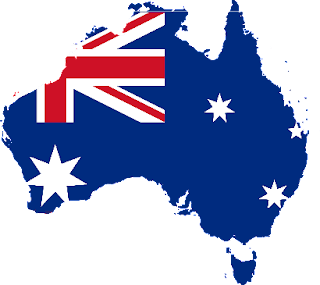 Image from http://mapsof.net
There is no better way to spend Australia Day (26 Jan), our National Holiday, than to share it with like-minded friends, on a picturesque beach over looking a beautiful part of Sydney Harbour, with a BBQ cooked sausage sandwich resplendent with a good portion of tomato sauce and washed down with the beverage of your choice.


All this and we were undressed for the occasion, just as nature intended!
Cobblers beach was fantastic, the water was clear and refreshing and we were treated to an unusual view when we arrived, just before 11am of  a rare sea fog shrouding the harbour that gave a diffused filter to what was a very warm day. As the fog shifted and returned it revealed numerous brightly coloured boats out on the harbour nearly all flying our flag and with other patriotic paraphernalia. We even saw an inflatable boxing kangaroo on the bow of one boat.
The regular boats that moor off Cobblers and enjoy some clothes-free time were there, of course, and their occupants joined us on the beach for lunch. 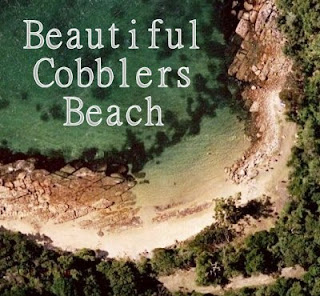 At a rough count there were about 350 people on the beach and the adjoining grassed area, which is pretty much a full house. What was so great about this sight, once we had secured a spot on the beach, was that a lot of the people we did not recognise as regulars. There were quite a few families with young children all enjoying the day and as always the general feeling was laid back, accepting and friendly.
We hope that we see those that visited for the first time back as I am sure that they had a most enjoyable day.
It would have been great to take a photograph of the beach filled with people having such a great time and to send it to the detractors who like to describe clothes-optional beaches in negative, anti-family terms to a gullible public.

Posted by Sunkissed at 7:49 PM No comments:

''In our zeal to protect children we are erasing them entirely,''

I read the following article with some incredulity during the past week.
Is this where we are as a society?
I was speaking today with a friend on the beach and we discussed the apparent rise of the super conservative attitudes of the current generations and how that contrasts with those of the 60's, 70's and 80's. These earlier generations were far more open minded and liberated especially in the attitudes to the human body than current generations appear today.
Have a read of this article and see what you think. 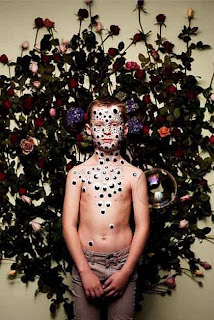 The picture that was considered inappropriate. Photo: Del Kathryn Barton
Hospital charity rejects exhibition over boy photo Nick O'Malley
from the
Sydney Morning Herald January 5, 2011
A CHARITY exhibition of works by some of Australia's leading artists has been cancelled after officials at a major hospital rejected one of the works - a photograph featuring a child without a shirt on.
Echoing the 2008 furore over Bill Henson's depictions of children, officials of the Sydney Children's Hospital Foundation took exception to the image by Archibald prize winner Del Kathryn Barton of her six-year-old son, Kell.

Exhibition organiser Virginia Wilson said her board and the hospital foundation had decided to part company a month ago, leaving her to find a new charity to support. She insisted the decision was made mutually and amicably.

Another organiser, Patrick Joyce, an alternate director of Fairfax Media, owner of The Age, said he did not anticipate the concerns when he began work on the project, but defended the hospital foundation.

When the works started arriving it became clear they may not comply with the hospital's strict rules on images of children, he said. After discussion it was decided to find another charity ''to preserve the artistic integrity of the exhibition''.

Mr Joyce said it was difficult to estimate how much the exhibition, Out of the Comfort Zone, would raise, as the artists had been commissioned to work outside their normal media - painters had sculpted or taken photos, sculptors had painted. But given the calibre of the artists, he expected around $200,000 could be raised. ''It is an amazing line-up.''

Tamara Winikoff, of the National Association for the Visual Arts, said the decision was ''absurd and tragic.''

She said that after the Henson scandal, when photographs of naked children prompted media outrage and a police investigation, public authorities were scared to associate themselves with any images of children. ''In our zeal to protect children we are erasing them entirely,'' she said.

Ms Winikoff said nudity was being conflated with pornography, even though representations of nudity had been part of our artistic tradition throughout history.

The Henson scandal came after a series of similar incidents over the previous two decades in the United States, where groups - often Christian - attacked artworks, prompting failed police actions.

An early Henson exhibition was targeted in Denver shortly after a Robert Mapplethorpe retrospective was closed. A decade later groups were still calling for bookshops to dump books of these artists' works.

The Sydney exhibition will go ahead in March, with proceeds to be donated to another charity, Midnight Basketball, which runs workshops and tournaments for at-risk youth.

One of the prominent painters whose work will be included, Ben Quilty, said he had been notified about the change of charities, and was happy to stick with the project.

Del Kathryn Barton won the Archibald prize in 2008 with You Are What Is Most Beautiful About Me, A Self Portrait With Kell And Arella, her son and daughter.
Food for thought! 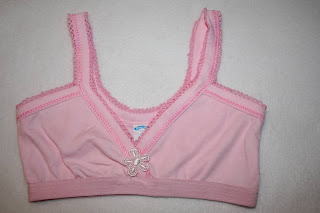 I have just witnessed a family waiting at the station for a train and their young daughter of about 7 years old was wearing a training bra with straps showing, as is the fashion.

What conditioning was I witnessing, I am sure at this stage that her chest has no need of support.

Was her desire to wear this article an attempt to claim a badge of womanhood, was she being manipulated by teen fashion or was it peer-group pressure?

As a father of 2, now adult, daughters I do recall the transition from little girl to young woman, but that was at puberty.

The manufacturers of brassieres must be clapping their hands in joy as the young embrace their product before they can make an informed decision as to its need. 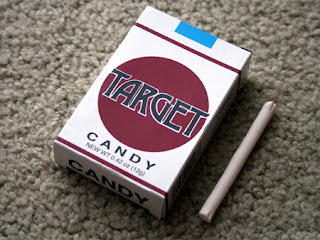 Isn't this the same reason that candy cigarettes were banned! (NSW 1999)

There is a body of evidence that suggests that the wearing of a bra is a contributing factor to the development of breast cancer. Any thing that leaves the type of red marks on the skin after a days use cannot be good for circulation, especially around the lymph glands under the arms.

Simply, it would appear to this observer, that body freedom is being taken away from our children as we bow to this social conditioning that is encouraged by our clothing compulsive society.

It all makes as much sense as a bikini top on a 2 year old.

A Piece of History

As reported elsewhere in this blog I have an interest in the history of  the Nudist/Naturist movement particularly in Australia. So I was delighted to discover this report of the first annual convention of the Australasian Sunbathing Association in the US Sunshine and Health July 1941 issue.

Here is a excerpt from a copy of Sunshine & Health July 1941 magazine the whole of the magazine was originally posted at Diary of a Nudist - S&H 1941.

Posted by Sunkissed at 6:59 PM No comments: