I loved this still from the movie "Nu et Libre". 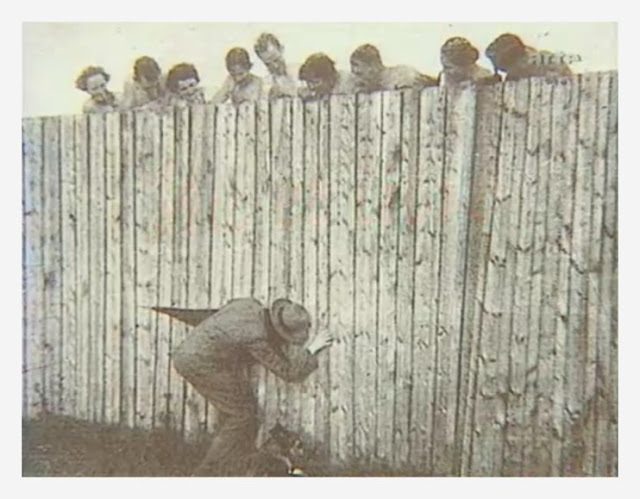 Sitting at Cobblers Beach enjoying the sunshine and water you would often see small leisure craft come in close to the shore to have a look at the "nude beach" or more correctly the nudes on the beach.

Many a time I felt like saying "go home strip off and have a look in the mirror - we are all the same!"

Posted by Sunkissed at 4:37 PM No comments: Links to this post

"Sometimes we are strange cattle!"

My father used to say this expression when ever people would do strange or illogical things and this saying came to mind watching the media coverage of the "Sydney Skinny" held recently at Cobblers Beach, Sydney Harbour. 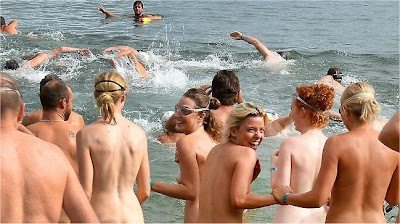 Where according to the media "over 900 Australians participated in the world's first nude ocean swim, the Sydney Skinny, a 900 meter race in the waters of Sydney Harbor. The concept was created as a way to encourage people to throw aside concerns of body image, to connect with nature and celebrate as a community. The swim hopes to raise as much as $15,000 for the Foundation for National Parks & Wildlife."

Now I'm all for the promotion of clothes-free recreation and I support what this event is wanting to achieve. The thing that left me somewhat bemused was those interviewed after the event spoke in glowing terms of the clothes-free experience and they said that they will do it again next year.

Next year? Why not next weekend? We have the legal clothes-free beach available why wait until next year if it was such an affirming experience?

It seems we need to have an excuse to get our gear off and enjoy some nude time. We have to be able to say "Well we did it in support of a good cause!"

People you don't need an excuse just admit that you enjoyed it and do it again!

That's why I think that we are indeed "Strange cattle!"

Posted by Sunkissed at 2:18 PM No comments: Links to this post